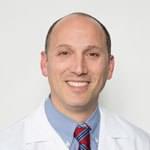 Study Shows No Link Between IVF and Cancer

The following commentary is based on a nation-wide study published in October 2019 by Oxford University Press A group of researchers wanted to assess the validity of an ongoing speculation with assisted reproductive treatment (ART) – that hormone stimulation increased a woman’s risk for ovarian cancer. This study ultimately confirmed the belief that ART does not increase cancer risk, except for patients with endometriosis. However, there needs to be more research to prove the latter - the increased risk of ovarian cancer in IVF patients with endometriosis might be because of the diagnosis, not because of the added element of hormone stimulation. More on that below. But first, a message from our very own Dr. Joshua Hurwitz:

This study is a well done and thoughtful investigation into whether an association between ovarian cancer and IVF treatment exists. This is a question that has been asked many times in other research studies. The strength of this current one is the large number of patients enrolled and the very long length of follow-up time (as long as 22 years, average 9.7 years). This study is reassuring in that it does not find any link between IVF itself and ovarian cancer. It confirms information that we already know in the women’s health medical community - that there is a small increased risk for ovarian cancer in those women with endometriosis. I would take this study as another strong piece of evidence that IVF is safe for the women who require it to build their families.

A Quick Breakdown of the Study

The study consisted of thousands of women going through ART (assisted reproduction treatment), following their medical diagnoses for up to 22 years beyond their treatment. Those findings were recorded against a large number of women who did not receive ART.

What Does This Mean for Me?

It means that you can take a sigh of relief – the link between IVF and cancer should not have the fear it once had. In fact, medical researchers aren’t sure if ART is actually what increases the risk of ovarian cancer for women with endometriosis at all... the risk could be there naturally. More investigations on that particular question to come.

Read more about the study here.