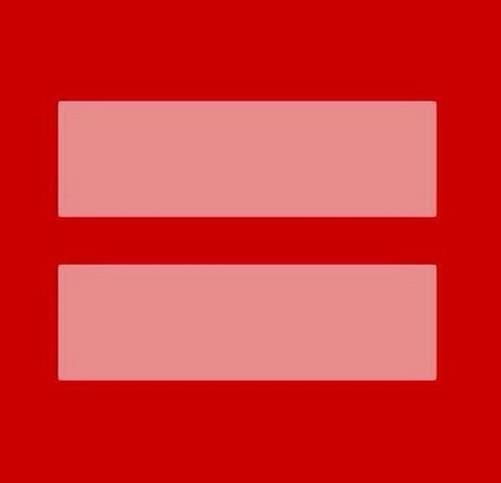 It's all about family this week.

All the way to the Supreme Court, it's about families.

There are very few places you can go without seeing red equal signs. Maybe you have seen them on Facebook. Maybe you're not on Facebook and haven't seen them.

What do the red equal signs mean? What do they stand for?

The Human Right's Campaign, dedicated to advocating and supporting LGBT rights and marriage for all, started the buzz and it has taken off like a wild fire.

Prop 8 and DOMA In the Supreme Court

Yesterday, the Supreme Court was deliberating about California’s Proposition 8, which bans the right for same-sex couples to marry. Today, arguments will be heard regarding the national Defense of Marriage Act, which has legally defined marriage as a union between a man and a woman since 1996.

The LGBT community supports being able to be married. To create their own families, legally and with the rights of heterosexual couples. Many have the same desire that heterosexual couples do, to have children. To have those children, often times using fertility treatment, protected legally as any other child is.

I read over and over yesterday about how simple this is. Because my Facebook page, it was covered in red equal signs and the conversation was that this should be a slam dunk, done, right thing to do.

Maybe it should be that simple. But it isn't. I get that one side of this is that this is the morally correct thing to do for our country.

The other side of the issue is that it is not the morally correct thing to do.

This isn't a simple issue, not if we want to find peace with one another.

Let's care about the issue enough to continue the conversations, respectfully, with regard to the other point of view. Let's not be dismissive.

Because if we are dismissive, then we create further divisions between us.

Families are about love. That does seem like a simple enough place to start and continue a conversation.