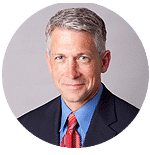 7 Facts About Fibroids Every Woman Should Know

In honor of July being Fibroid Awareness Month, we asked one of our experts and board-certified reproductive endocrinologists, Dr. Shaun Williams, some basic FAQs about fibroids; what they are, how common are they, how to know if you have one, treatment options, and whether or not they cause infertility. Check out responses to these questions and more below.

What is a fibroid?

A fibroid is a benign tumor composed of the same muscle that forms the walls of the uterus. It is also called a leiomyoma, which means a benign smooth muscle tumor. Fibroids are very common, affecting 25% of all women. Like other tumors, they can grow and produce symptoms, but they do not move to other areas of the body as they are benign.

What are the symptoms of fibroids?

Fibroids can cause pelvic pain as they grow and push on other areas within the pelvis and they can also cause menstrual bleeding problems, usually heavier and longer menstrual periods, but they can also cause irregular bleeding that happens all the time. Fibroids that affect the inside of the uterus can also create reproductive problems including infertility and recurrent miscarriage.

How can I tell if I have a fibroid?

What are the treatment options for fibroids?

Treating fibroids depends on the symptoms.  Bleeding abnormalities can sometimes be controlled with hormones such as birth control pills. Large fibroids that cause pain, or fibroids that cause reproductive disorders often need to be addressed surgically. The surgeries can be major procedures involving a larger incision on the abdomen, or they could be minor procedures, such as a hysteroscopy, in which a small camera is placed into the uterus to remove smaller fibroids. The type of surgery necessary depends on the size, number, and location of the fibroids. Some women can have more than 20 fibroids present within the uterus while others can only have a single small fibroid. For women having significant symptoms after completing all family building, a hysterectomy is often the surgery performed to eliminate all symptoms of fibroids.

How common are fibroids?

Fibroids are common, and not all create problems. Many women can conceive and have very normal pregnancies despite large fibroids that have minimal effect on the cavity of the uterus. Some women have no symptoms whatsoever despite the presence of very large fibroids.

If I have fibroids, am I considered "infertile"?

Simply having a fibroid does not mean that a woman will be infertile - a fibroid’s affect on reproduction depends on its size and location. A routine ultrasound of the uterus is performed in all women experiencing infertility, and any fibroids that may be affecting fertility I usually identified early in an evaluation.

The risk of having a fibroid within the uterus is higher if a woman has family members who have had fibroids in the past. Fibroids may continue to grow throughout women's reproductive life, and they may start to cause problems even after normal pregnancies. Usually, symptoms associated with fibroids decline after menopause, when bleeding problems are less likely to occur. Women have genetic predispositions to forming fibroids, and fibroids can be stimulated to grow by estrogen and progesterone, the reproductive hormones, but the use of hormones such as birth control pills or fertility drugs do not cause fibroids to develop.

Interested in learning more about fibroids, or want to speak directly to a specialist? Click the button below to schedule a consultation.