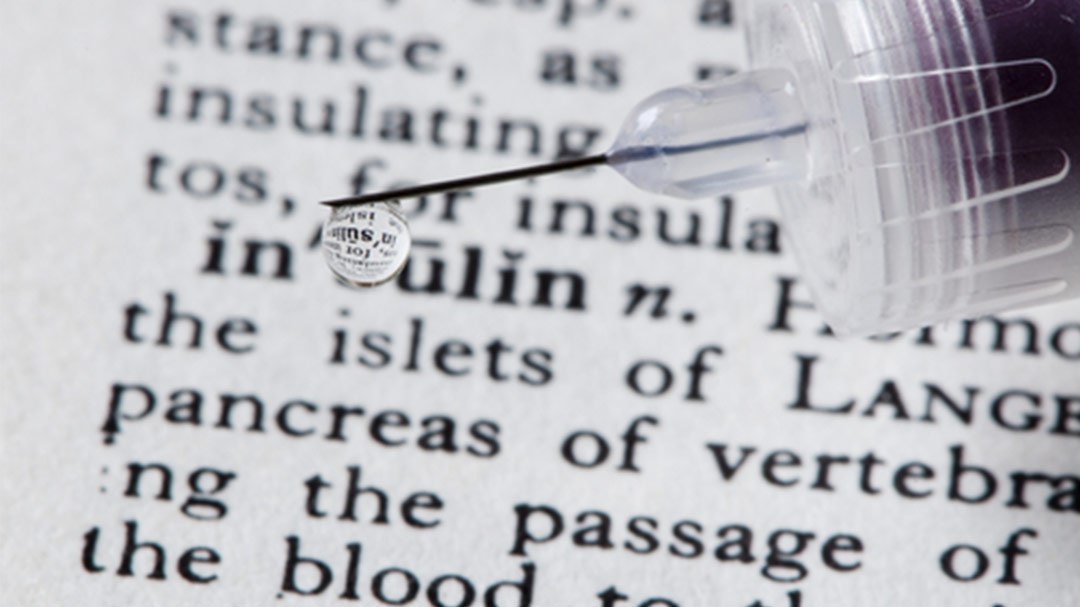 PathtoFertility is continuing to devote Medical Mondays in November to diabetes awareness, as a way to acknowledge it as National Diabetes Month.

This week, PathtoFertility features Carolyn Gundell, M. S. Ms. Gundell has made crucial adjustments that have created real differences in the lives of patients at Reproductive Medicine Associates of Connecticut (RMACT). Her guidance in creating healthy and sustainable food plans has enabled many patients to become pregnant and maintain healthy pregnancies. Consider that awareness about diabetes can also help prevent diabetes. ~Lisa Rosenthal

Ms. Gundell leads the Fertility Nutrition Program for Reproductive Medicine Associates of Connecticut (RMACT). She has over 25 years of nutrition experience and helping patients with conditions associated with infertility, such as insulin resistance, diabetes, Polycystic Ovarian Syndrome (PCOS), lipid disorders, celiac disease, and with those who are under or overweight. In addition to working with fertility patients and leading nutrition seminars, Carolyn implemented a full service PCOS Clinic at RMACT over three years ago for women 14 years and older.

This past summer, the Center for Disease Control (CDC) announced that 40-50 percent of Americans will develop diabetes. That isn’t the population at risk. That is the estimate of how many people will get diabetes.  And for most, it is completely preventable.

Diabetes affects the body’s overall function and health, including female and male fertility and the chances of a successful, healthy pregnancy. Many, many years before diabetes is diagnosed, this far-reaching disease is impacting the health of people nationwide as diabetes’ precursor: insulin resistance. Both insulin resistance and diabetes lead to fertility challenges.

Insulin is a hormone and is responsible for getting glucose energy into every cell in the body. When the body becomes resistant to insulin, the beta cells of the pancreas pump more and more insulin to maintain glucose control. This overproduction of insulin can be present for years without raising glucose, but may be contributing to weight gain, heart and liver disease, hormonal imbalance, PCOS, ovarian dysfunction in women and reduced sperm quality in men. Without treatment, the resistance of the cells will increase over time, the pancreas will no longer produce enough insulin, and diabetes will develop.

Since I work in a fertility practice, I’ll illustrate the affects of insulin resistance as it relates to a woman’s ability to get pregnant, maintain a healthy pregnancy and the life-long affects on the baby.

For a couple trying to get pregnant, hormone production and balance, insulin sensitivity and fertility are closely intertwined. In fact, the leading cause of female infertility, PCOS, is a complex hormonal and metabolic condition that often includes insulin resistance. Higher levels of insulin production can elevate androgens DHEAS and testosterone, which interfere with the growth of the ovaries’ follicles. Follicles nurture egg development until it is mature enough to be released down the fallopian tubes in search of sperm cells. In summary, elevated insulin can cause irregular or no ovulation due to elevated androgen’s negative effect on follicle development.

Elevated insulin contributes to weight gain, especially increased abdominal weight. Weight loss and maintenance is much more challenging with increasing insulin resistance. Insulin resistance is found in 60 percent of obese women and 40 percent of non-obese women. Another interesting fact is that 80-90 percent of type 2 diabetes are obese. Both male and female infertility is associated with a higher incidence of obesity.

Improving insulin sensitivity and lowering insulin levels can help support weight loss and in turn, fertility. A 5-10 percent loss in body weight has been shown to not only improve insulin and reduce diabetes risk, but also improve fertility by resuming ovulation.

As part of every patient’s initial testing at RMACT, we check all our patients’ risk for insulin resistance and diabetes. At RMACT, we recommend that patients who have diabetes or who have high insulin resistance and impaired glucose control, alter nutrition and physical activity behaviors to optimize overall health before even starting fertility treatment. This is a bold recommendation considering the role that time plays in infertility. However, rushing into treatment can lead to failed cycles and unhealthy pregnancies. Improving insulin resistance and overall health has a positive affect on a patient’s likelihood of getting pregnant an having a healthy pregnancy. Ignoring the warning signs can lead to difficulty getting pregnant, miscarriage, preeclampsia, gestational diabetes, birth defects and even stillbirth.

I work with patients to help them understand insulin resistance, its effects on the body and how to improve their health. When I initially meet with patients, it is common for them to share their frustrations- weight gain and great difficulty losing weight, frequent fatigue, flatulence and stomach bloat after eating a meal; mood swings and feelings of “low blood sugar”, cravings for sweets and bread products. All of these symptoms can be attributed to insulin resistance. We work together to create a realistic meal plan, including tips on what to buy at the grocery store and which foods to seek out at mealtime, activity schedule, and stress management plan. Use of an insulin sensitizer medication is also evaluated as part of a patient’s treatment plan.

Gestational diabetes affects the mother in late pregnancy, after the baby’s body has been formed, but while the baby is busy growing. Because of this, gestational diabetes does not cause the kinds of birth defects sometimes seen in babies whose mothers had elevated glucose or diagnosed diabetes before pregnancy. Babies exposed to excess insulin during pregnancy become children who are at risk for obesity and adults who are risk for type 2 diabetes.

Of everything that I teach my patients, here is the most important thing for them to know: insulin resistance can be improved and diabetes is not your destiny! They can change the path they are on and avoid diabetes if they make important exercise, nutrition and other lifestyle changes.

Carolyn Gundell, M.S. is a nutritionist, specializing in PCOS and fertility. With over 20 years of nutrition experience, Carolyn has a special interest in helping women with conditions that affect fertility, including insulin resistance, diabetes Type1/Type 2, Polycystic Ovarian Syndrome (PCOS), lipid disorders, celiac disease, irritable bowel syndrome, underweight and overweight concerns. Carolyn earned her M.S. in Nutrition from Columbia University and completed her undergraduate studies in Biology/Nutrition at Albertus Magnus College in New Haven. She is trained as a Research Associate in Clinical Skills Training, and is certified in HIPAA, CPR, First Aid and Food Safety & Sanitation. Previously, Carolyn worked at Pediatric Endocrine & Diabetes Specialists, The Center for Advanced Pediatrics, both in Norwalk and at Yale University Medical Center’s Obesity, Diabetes, PCOS Clinic and The Yale Fertility Center.