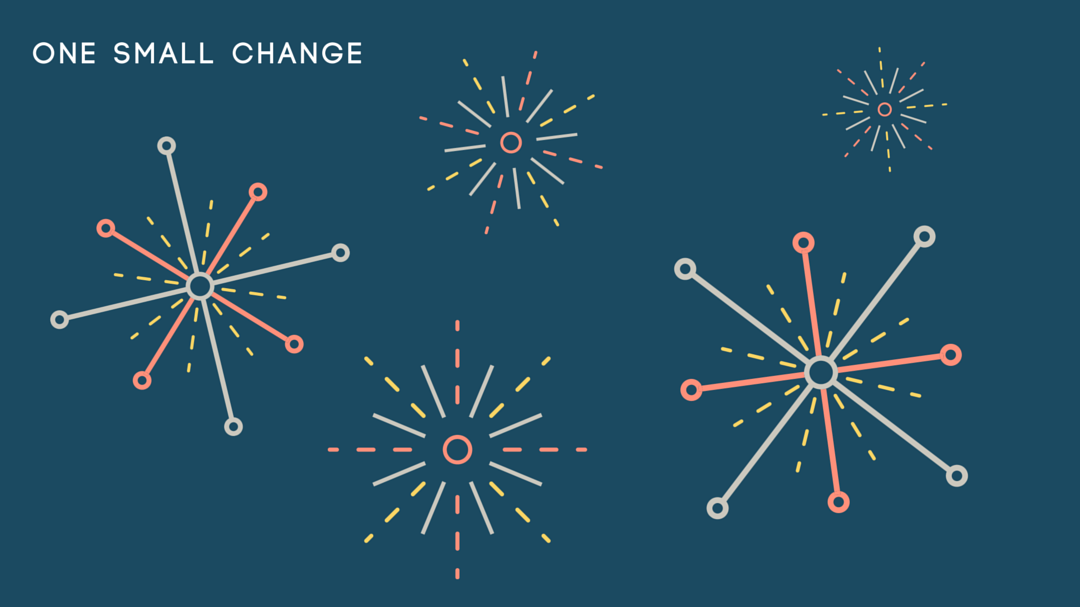 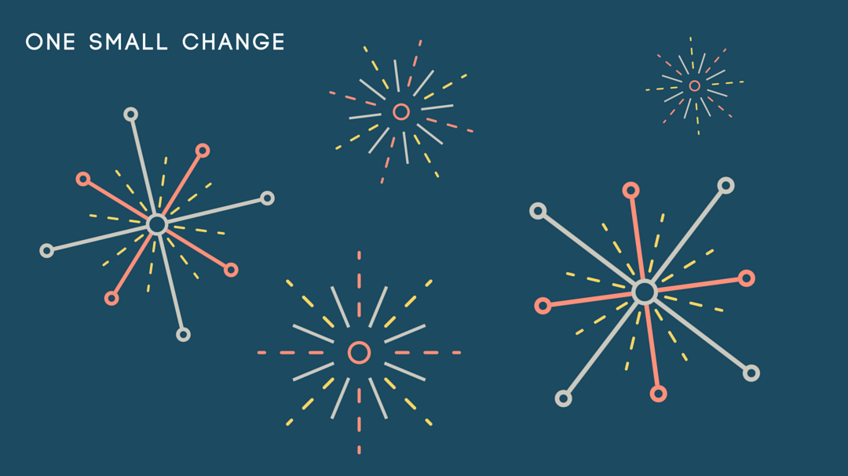 Can we go from infertile to fertile? Can we go from being babyless to babyful? (I just made that one up, I kind of like it though.)

We are capable of making changes. We grow. We learn things. We make changes.

We are capable of changes. Rationally, we know this. We even see this. We also see patterns, where change feels almost or even impossible. Where despite any strong resolve on our part, we do it again. Whatever it is.

New Year’s is the time for resolutions. We tend to make large, sweeping promises to ourselves. Sometimes to others, but mainly to ourselves.

New Year’s Resolutions are divided into two categories, for the most part.

1. Things we want to stop doing:

2. Things we want to start doing:

And we want to do it ALL. All or nothing. Nothing in between. Stop completely or do it NOT AT ALL.

I belong to a gym, (best gym ever, love Phys Ed!), where I also teach yoga classes.  December is deserted in the gym, between vacations and holidays. Every year, it’s empty of even our regulars. But, oh, January. It’s packed. Attendance is at an all time high for the entire year. (Redundant, I know.) Classes are completely full, even overfull. It’s the only time of the year that you may have to wait for the weight machines. I teach to people I’ve never met before while my regular students look a little stunned by the crowds. Some of the crowd become new regulars, and most fade away by January 12th. A few stick around until January 22nd. By February 3rd, at the latest, it’s all back to normal. 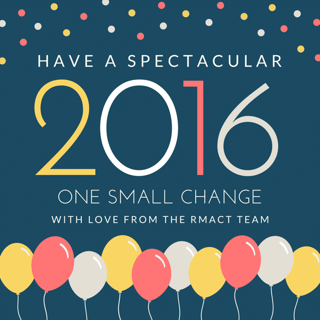 changes. In fact, they prove the opposite. They are often defeating. We take on something huge and impossible to sustain. We often make the resolutions without any foundation or framework to hold them up. Often the tools we need are not sharpened or easily at hand either. We resort back to patterns that we don’t like or admire and feel hopeless.

So there we are. Making lofty promises to ourselves, with no real way of following through with them.

We cooked up something at Reproductive Medicine Associates of Connecticut (RMACT) to address this. Talk about big goals. We, RMACT, want to change New Year’s Resolutions. We’re on a mission. And we have a plan.

We’re calling it #OneSmallChange. Small changes do prove that we are capable of making changes.

For the month of January, we have asked the RMACT team members to give their suggestions and share their inspiration with all of us. Thank you to Carrie Van Steen for dreaming this up, complete with the details about how to spread the words of wisdom that we are collecting.

Skip Your Resolutions, Instead Make One Small Change

Here’s how we’re going to spread the word. For each day of January, we will share #OneSmallChange with you. Because that’s what we see works. We make a small change and those changes build up. A few minutes a day feels sustainable. One thing each that that we can try on, see how it fits. Manageable.

For me? I’m going to teach a class I don’t normally teach at my beloved gym. Get in there and perhaps assist someone with their New Year’s Resolution. Maybe give them the message about one small change.

What about you? What small thing would you like to try for January 1st?