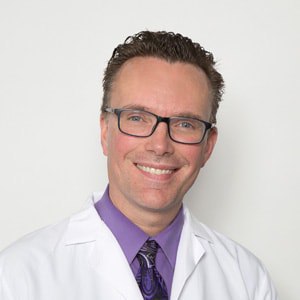 Over the 40 years since in vitro fertilization (IVF) first produced a baby, doctors and scientists have discovered many improvements that have steadily increased the rate of successful births for IVF patients and slowly decreased the incidence of miscarriage.

And now, there has been a recent discovery: a new method of testing embryos for genetic issues, called Preimplantation Genetic Testing. It promises to lead to even more healthy pregnancies and babies for parents who rely on IVF.

What is Preimplantation Genetic Testing?

Preimplantation Genetic Testing (PGT) is the screening of an embryo for chromosomal and genetic abnormalities and disorders.

Evaluation of embryos has long been part of the IVF experience, but prior to PGT, it has been relatively imprecise, solely relying on visual analysis. In this type of analysis, embryos are “graded” on multiple visual factors, such as shape and size. This can be misleading and inaccurate at times. Many embryos that are graded positively do not prove to be chromosomally normal. Conversely, embryos that do not appear as healthy can be completely normal chromosomally.

The new method of embryo analysis, Preimplantation Genetic Testing, or PGT, has truly changed the game and improved IVF success rates. The process is done by taking a very small biopsy of an embryo and analyzing it for three distinct genetic abnormalities, listed below. If you are starting IVF treatment, I recommend discussing the option of PGT with your health team to give yourself the best shot at family building.

Note that as you do your own research, you will come across other names for modern genetic testing, such as preimplantation genetic screening (PGS), preimplantation genetic diagnosis (PGD) and comprehensive chromosome screening (CCS). Those terms may not fully describe the tests, and the multiple labels are confusing. PGT is now the term that covers genetic testing of embryos.

PGT-A identifies aneuploidy, the term used to describe any embryo with either too many or too few chromosomes (or large extra or missing pieces of chromosomes). One form of aneuploidy causes Down syndrome, and other chromosomal changes may cause up to 60 percent of miscarriages or prevent pregnancy altogether.

PGT-M tests for monogenic, or single gene disorders, such as Cystic fibrosis, Huntington’s disease, muscular dystrophy, and hemophilia – detection that is especially important for people who know their families carry the defective gene.

And PGT-SR looks for structural rearrangements, when a parent is known to carry a chromosome change such as a translocation or inversion. These can cause extra or missing chromosomal material in embryos.

PGT Results are Significant for Parents

Chromosome abnormalities are a common cause of miscarriage and studies have shown dramatic decreases in miscarriage rates after IVF when PGT-A is performed as part of the process.

Allows for genetic disorders to be avoided

Because PGT-M and PGT-SR looks at specific genetic markers, the benefit of those tests is that a fertility team can avoid a unwanted disorder. A baby can be born without the specific genetic condition or chromosome rearrangement seen in family members.

Because PGT-A leads to fewer miscarriages, it can be combined with another procedure, called elective single embryo transfer, or e-SET, so that a single embryo can be transferred during IVF. Physicians can suggest e-SET with the knowledge that they are transferring the most chromosomally fit embryo, therefore precluding the need to transfer multiple, unscreened embryos with the hope that one will be healthy enough to create a successful pregnancy and a healthy baby.

With PGT-A, you and your medical team can be more confident about the success of a single embryo transfer.

PGT is a Hopeful Advancement in Embryo Genetic Testing

While PGT serves as a huge improvement in fertility treatments, it is not a perfect process. There are a small number – fewer than 1-2 percent – of misdiagnoses, either false positives or false negatives. And PGT can’t detect small rearrangements of chromosomes.

At RMA of Connecticut, your doctor, genetic counselor and medical support team will discuss all options with you and help you choose the ones that are most likely to result in a healthy baby.

James Speer, M.S., a certified genetic counselor, has over 10 years of experience in the fertility field. As the medical field’s understanding of genetic conditions expands and testing becomes more comprehensive, there is a growing need from fertility patients to work with a specialist to understand and consider their options.