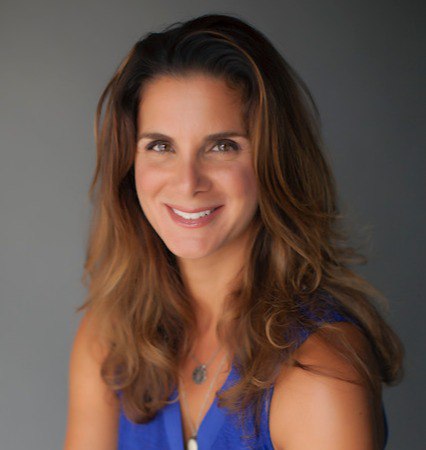 What I Wish I Knew About PCOS

I learned a lot in college - a little about how to be a nurse and a lot about life.

In fact, although I earned my BSN in nursing, I seemed to have acquired a PhD in bad choices.

The "What's Wrong With Me?" Phase

I was excited to go to college in a big city, but the transition from high school wasn’t seamless. Always athletic, I played a lot of sports and never gave a thought about what I ate. Once in college, the rigor and long hours of nursing school precluded me from playing a team sport and, to my detriment, I didn’t replace that activity with any kind of exercise.

In addition, I ate the school meal plan (a nutritionally-void cornucopia of carb-heavy foods) as it was paid for by my parents and had the additional benefit of allowing me to interact with other, non-nursing students. The combination of decreased activity (all I did was walk to my classes) plus pasta and rice every day started to have an effect and I slowly gained weight. Not dramatically, but insidiously and consistently.

During my second semester at school, I made another stellar decision- sold my meal plan to pay for a spring break trip and lived on baked potatoes with salsa and ramen noodles. The weight piled on and I found myself tying a shirt around my waist often to cover my rapidly growing butt.

At the end of my freshman year, my dad came to pick me up from school one day, unprepared for the change in my appearance. He regarded me with ill-concealed bewilderment (he was too kind to comment, but I could see it in his eyes) wondering how his lean, athletic daughter turned into a human resembling a Macy’s Thanksgiving Day parade balloon.

It might not have been exactly accurate, but it’s how I felt, puffy, out of sorts, struggling.

This obsession lasted the next two years.

First came the low-carb diet where I started eating everything out of peppers instead of bread.

Then, low-sugar where I ate pickles instead of cookies for a snack.

Next was cognitive/emotional, where I chewed each bite of food 30 times (until I gave myself a sore jaw).

None of these accomplished anything more than making me incredibly cranky and hyper-obsessive about my food intake.

During my sophomore and junior year, I basically majored in diet books, becoming an expert in what didn’t work for me. I was growing increasingly frustrated, I was disgusted with my appearance and felt helpless to fix it. There seemed to be a true disconnect between my stomach and my brain, and I was always hungry no matter how much I ate. That ravenous appetite may have been dismissed by others as a lack of self-control, instead of the metabolic, hormonal disorder I eventually discovered it was.

Finally, I Learned How to Deal With My Symptoms

When I was in college, there wasn’t much publicity about PCOS, I wasn’t even formally diagnosed with it until years later, so all I knew is that it felt unfair, like something was inside me beyond my control and disrupting my life.

After much trial and error, and maybe even a little luck, I learned how to control these symptoms on my own.

One of the first pivotal moments in my management of PCOS happened inadvertently. I developed a crush on a runner (another one of my bad choices) and decided to head to the track on the days of his team practice. In my mind, I would run a few laps, having been used to running for my many sports, and catch his attention, having him spot me running happily and effortlessly which would result in him asking me out on a date.

After the first lap, though, my plan was abruptly halted as I was shocked to find myself winded and nauseous. Still, I persisted (bravely, I felt) as I ran three more laps, trying not to throw up or look pained, finally running off the track and straight to my dorm room. I expected that I’d feel mortified, but that evening, I took one of the best showers that I ever took: a post-exercise shower.

I had forgotten about the post-exercise shower. There is a certain satisfaction, powered by a sense of accomplishment that you feel in the shower after working up a good sweat, and this made me feel that I could go back out there and try again.

I was too sore and busy to go to the track the next day, but I went the day after that, which coincidentally happened to be the Mr. BadChoiceTrack’s practice day. I ran a little further, waiting for the supposed runner’s high, but only got winded and nauseous again. I thought about quitting maybe a hundred times, then walked over to the bleachers to tie my shoes and pull myself together. As I did this, Mr. BadChoiceTrack came over to talk to me, let me know that he didn’t recall seeing me at the track before, but hoped to see me more often.

Both on him and, because it facilitated me seeing him, on running. He didn’t last, but running did and I began to actually look forward to it. Running became my first non-food form of stress release, a strategy that I realize is incredibly important as both someone with PCOS and a nurse who works with PCOS patients.

Additionally, I started to plan meals around when I was running. It was difficult to run on a full stomach, and I didn’t want to eat right after running, so my eating habits improved organically as my exercise increased.

Over time, I was feeling better physically, but the emotional component of PCOS was a far more difficult hurdle to overcome for me. What I wish I knew was that certain mechanisms associated with the disease, favor gaining and holding onto excess weight. Your hunger and satiety hormones are skewed, due to something called "central insulin resistance," so you always feel hungry and never feel satisfied.

Why My Methods Actually Worked

It was a relief to me to know that the feeling that I described before is real, not imagined, and those who don’t have PCOS don’t understand how you can eat a full meal, then head to the pantry right after that for a snack.

Also, with PCOS there is an excess accumulation of insulin, a hormone whose job is to store fat, particularly abdominal fat, so every time you try to lose weight, your body tenaciously clings onto it, a terrible see-saw that often results in weight gain.

Note that none of this has anything to do with any level of self-control or self-will.

Excess insulin also has the added (very unattractive) aspect of increasing male hormones, which can cause acne, male-pattern hair growth on the face and body, even hair loss at the temples. So, now, imagine yourself as a young woman trying to find your identity at college constantly battling these issues. It was as if this monster of a disease that was invading my body was even more pronounced because everyone could see the external consequences of it.

Even worse, most of your friends don’t have these challenges. It felt both incredibly frustrating and socially isolating. You all eat the same foods, but only you gain weight. For me, it caused a lot of resentment, not toward my friends personally, but to all young women who were ‘normal,' because I certainly didn’t feel that way.

Picking up exercise as a daily need and dropping the yo-yo diets for simply well-balanced meals helped me mitigate many of those unwanted symptoms from which I was struggling.

I wish I had known others with PCOS in college. Thankfully, I moved in with a group of nine other women in my junior year who became my life support, even though they didn’t have the same struggle. We became our own little community and I think that’s what saved me from the depression and anxiety that having PCOS can generate. It would have been so great, so immensely helpful to have had support and encouragement from others with PCOS during this emotionally-charged time.

One of the definitions of disruption is evolving or creating an innovation that upends your existing way of life but creates something valuable. I wish I would have known then that the disruption that PCOS caused in my life would actually benefit me later on in life.

That value is the knowledge that I have obtained about eating healthfully, finding non-food forms of stress release and believing that I can overcome an incredible obstacle. I have been bolstered by this knowledge many times since college and am not sure if I would be as mentally strong and physically fit today if I didn’t have PCOS.

It is timely to mention, during PCOS Awareness Month, that it is my fervent hope that lawmakers make PCOS research a priority as it can crush the self-esteem of (and has far-reaching cardio-metabolic effects on) the seven million women and girls in the U.S. who have to manage it. It is crucial to disseminate information about PCOS to the general public to combat the sense of social isolation in the women who have it. Finding and cultivating a PCOS community, whether in person, online, in an exercise class, with whom you can share your struggles and advice, in my opinion, is indispensable.

And to you, PCOS, instead of cursing you, I now say “thank you for your part in my journey."

As a nurse practitioner, Monica received advanced nursing education in addition to being a registered nurse. She is a fully licensed registered nurse and Advanced Practice Nurse Practitioner in the state of Connecticut and is certified by the board of the American Academy of Nurse Practitioners. Monica’s nursing work experience spans nearly two decades in the field of fertility treatment. Monica’s passion lies in taking care of the whole patient. Monica works with patients and stresses the importance of integrating comprehensive care – including yoga, acupuncture, massage therapy and nutrition – with fertility treatment.