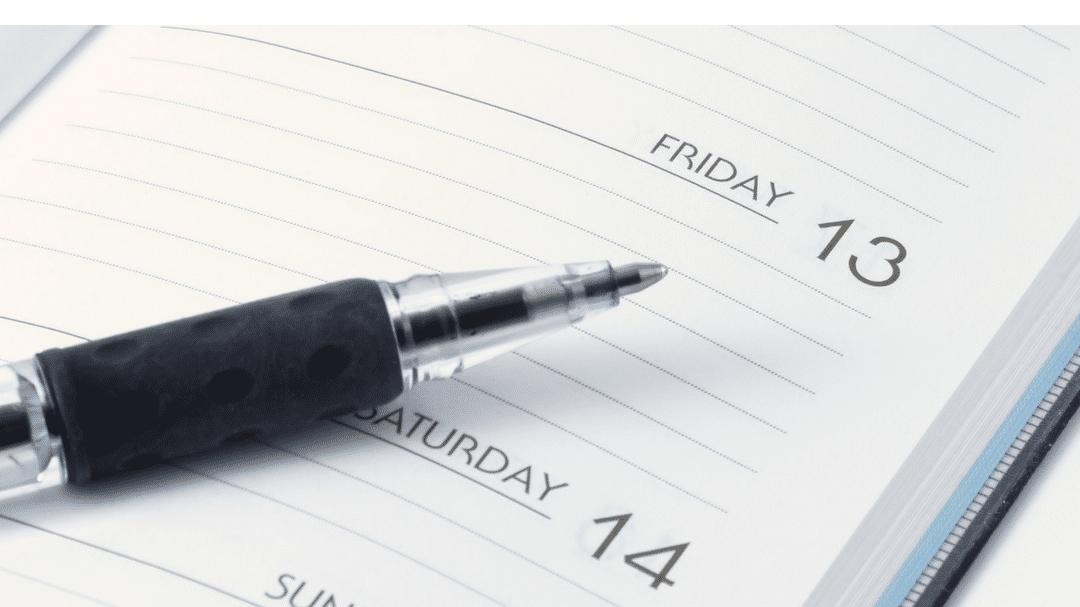 Infertility & Friday the 13th- The Upside

Friday the 13th is a date that stands in the shadows- often equated with bad luck. Is that true for fertility treatment too?

If you’re in the middle of a fertility treatment cycle, would you be ok scheduling an FET (frozen embryo transfer) for that day? Or what if your patient navigator calls and tells you that your egg retrieval will be on Friday the 13th?

There are some iconic ways that exist today that bow to the superstitions around Friday the 13th. Buildings that don’t have a 13th floor. Interior Designers that routinely skip 13 in their table count and go from 12 to 14. Restaurateurs that don’t seat 13 at a table because if they do, there is an old belief that one diner will be dead within a year. Many of us avoid traveling on that day. (Fun fact- Friday the 13th will often be among some of the cheapest days of the year to fly!) We’re not all that thrilled when the date approaches and often avoid doing anything that even has a hint of risk that day.

Where Did This Superstition Originate?

A few keys that unravel the connections to the number 13.

We all know that the awareness, and sometimes dread of this date, has long surpassed the not so humble beginnings of the morbid fascination with this date.

Some chose to fight back!

This good news list could go on and on. Like it could for any other day. Some Friday the 13ths delivered wonderful news and others, devastating news.

If you can put it off and know that you will feel like the weight of the world is lifted off your shoulders, then by all means, do so.

Create Your Own Good Luck

Strength, determination and resilience don’t depend on luck, good or bad. If you’re dreading this Friday, make your own luck! How?

Friday the 13th, we are ready for you. Bring it on!