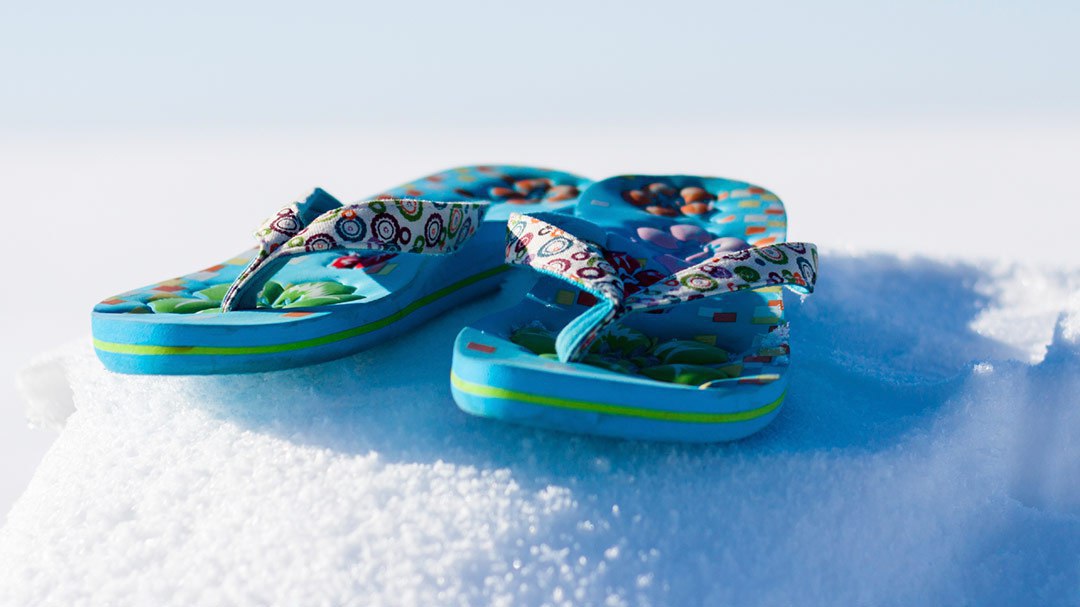 My Personal Infertility Journey – I Needed More Than Flip Flops

If infertility is a journey and I think it is, how do you prepare for it?

What do you take with you?

What do you think you will need?

I thought I was in for a short journey. That proverbial walk around the block. Maybe an extra loop or two, but no big hike and nothing like climbing a mountain or dealing with bad weather along the way.

If I had to describe my clothing as to how I was prepared emotionally, (you know what I mean, right?), I would say I was wearing a tank top, shorts, flip flops on my feet. No sun block, no bottle of water along for hydration. No light jacket in case it got cool out. Certainly no backpack full of supplies if I needed to travel further than I thought.

Just ready for a little stroll.

I really smile now when I think of the innocence in which I approached treatment. I was young. I was healthy. I was sure it was some little, tiny, easily fixed glitch in my trying to conceive and I would be on my way to see my obstetrician/gynecologist for a prenatal visit.

And so there was very little preparation. Including finding the right doctor. I went to a fertility specialist. Which in our world doesn’t mean anything. Let me repeat, fertility specialist, doesn’t mean anything. It can mean as little as the doctor is “interested” in infertility, as was the case for the physician that I saw. I loved this doctor. He was caring. He was interested. He wanted to try things.

Again, let me repeat myself. He was unqualified.

I spent a year with him, sitting in his waiting room with all his pregnant mommy’s to be and their large, moving bellies. How qualified must he be to have helped all these women become pregnant! Well, answer was, he hadn’t. They had no problems becoming pregnant and he was a wonderful OB/Gyn.

Meeting with a Reproductive Endocrinologist

I spent a year with him before moving on to a board certified Reproductive Endocrinologist where I quickly realized that the protocols that I had been on for twelve months were vastly out of date and inappropriate. Twelve months. Twelve cycles of hoping, hoping, and hoping. Twelve menstrual cycles of disappointment and despair. Twelve months of enduring my friend’s pregnancy announcements and baby shower.

And then, when I ended up with a physician who could actually help me, because that’s all she did, day in and day out and had trained specially for the field of infertility and had passed exhaustive testing to be board certified, I was exhausted. I was beaten down. I had spent a lot of money out of pocket. I felt destined for failure after twelve unsuccessful attempts. My resources were drained.

I felt like I had been through a raging snowstorm in my flip flops and shorts.

Not the way to show up to a new doctor’s office.

How much harder was it to hear what was said to me? I had believed what I had heard before. I had. Every syllable. I had trusted my doctor. I had thought I knew what I needed to know.

And now, sitting in this new doctor’s office, exhausted, numb, and shocked? I had trouble hearing clearly.

I had trouble hearing at all.

I watched my new doctor’s mouth move and I followed along several words behind until I become a paragraph behind and then lagged further and further until I could make no sense out of what she was saying. I nodded when she paused as though I understood and told her I didn’t have any questions when she asked.

I didn’t have any questions because I didn’t understand what she had told me. Although I hadn’t stuck my fingers in my ears to avoid hearing her, my past experiences did essentially the same thing. They colored and distorted what she said.

If you are reading this and have not been through a significant health problem or infertility, you may be thinking that I am exaggerating. I assure you, I am not. I am not exaggerating my own experience. Maybe your experience was even more severe, maybe it was less. Maybe you have had moments that you can relate to my story and maybe you haven’t.

One big question is this, what do you do?

I walked out of that office and had no idea of the answer to that question.

Here I had made an appointment for a consultation and had sat with a doctor for a significant amount of time and she had carefully and clearly gone over my results and her suggestions for a treatment protocol. She had given me time to ask questions that I had not even been able to formulate because of my disconnect and now what?

That was the question that I couldn’t begin to answer.

Stay tuned for part two, next Wednesday, March 4th, for now what.