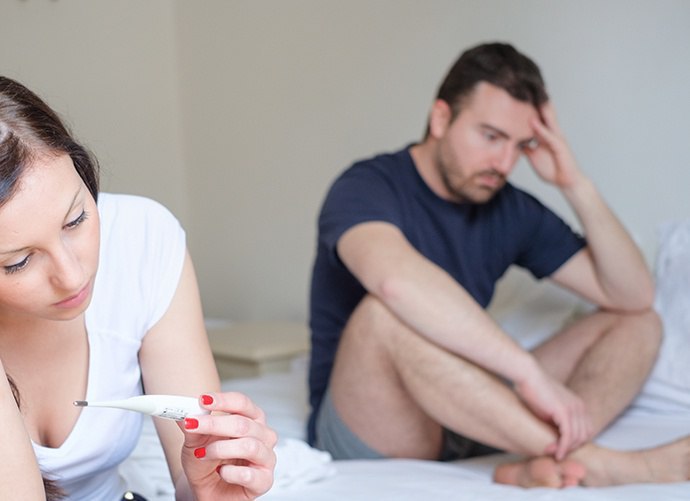 I should start this post by admitting that as long as I can remember, I have not been an emotional person and very rarely show or share how I'm feeling with anyone...even those closest to me. So buckle up and bear with me and let’s see where this goes.

The question was why?

When Justine recently told me that she wanted to share her journal of our journey and story of infertility with the world, I was briefly hesitant. “Why would anyone want to be so out there with such an intimate, emotional, and trying time in their lives? The look on her face and tone of her voice when telling me her desire to share our story, made me realize how important this was to her. In that moment, I fell deeper in love with her and all over again as her empathy, caring, enthusiasm for helping, sharing, supporting others going through what we were experiencing, (the qualities that initially drew me to her and made me realize that I needed her as my partner in crime through this crazy ride called life. Not to mention the fact that she was beautiful, brilliant, determined, funny, the best friend to everyone...but I digress, as this could go on for quite some time.) shone through. And as soon as I realized just how important this was to her, I (very uncharacteristically) wanted to be a part of it, too. Not only to help others, but more importantly, as a show of my undying love and support through not only this, but anything life throws our way.

Very early in our relationship Justine and I discussed children. I knew I wanted kids. She was unsure and upfront in that she didn’t know if she did. I didn’t worry because I knew I loved her more than anything, needed to be with her and figured that one day it would hit her and she would want to become a mom. And if she didn’t, we’d cross that bridge when/if we got to it and then figure it out together. We've experienced so much together and so many milestones during the past nine years: bought a house, got engaged, got married, adopted the best animal in the world, changed jobs, moved long distances away from family and friends, sold our house, became godparents… we are very blessed for sure. Life is great! Right!? What more could we ask for??

Yup, you guessed it… a baby.

About two years ago, the motherly urge was starting to overcome Justine. I could tell this wasn’t because so many of our friends have children and she felt left out (trust me, that’s not her at all, she marches to the beat of her own drum), but rather that she had a deep longing for a child of her/our own, to shower with love, to raise together and make a lifetime of memories with and for. The time was right – we both felt it.

The first few months without two pink lines weren’t that bad for me. I reasoned with myself that it would probably take a few months of trying. No big deal...we’ll just keep doing what we’re doing and soon it will happen. Justine on the other hand, because she works in the field of reproductive medicine, early on became convinced that we were going to have trouble becoming pregnant on our own.

If I'm being honest, I didn't give that feeling much due as I chalked it up to the fact that every day she was surrounded by couples going through their own fertility struggles. Only people struggling with fertility seek help from fertility specialists right? That's not us. She was just hyper aware of infertility, which translated to her concern.

Welp… turns out she was right, as she usually always is.

With each month of $15 pee sticks with only a single little damn pink line, or the appearance of another period, I could see her becoming progressively and visibly more upset. I continued to support and console her by telling her that...

“it just must not be our time now,”

“next month will be the month… I feel it,”

“maybe we didn’t do it at the right time of the month,”

“it will happen soon"

...all the while keeping my own growing frustration to myself in an effort to not intensify her sadness and frustration with my own.

Little did I know that this was just the opposite of what she really needed. We talked recently and I learned what she really needed was a shoulder to cry on (my shoulder specifically!), to be able to let it all out, to see that I was also emotional, sad, and distraught every month when our hopes of becoming parents were yet again dashed. She never sees (and I don’t often tell her) how the realness of our situation hits me so hard sometimes that I break down, too. For some reason, the emotions don’t immediately overwhelm me when the second line doesn’t appear (after waiting for more than twice the time is says on the package), or when pulling it from the trash 20 mins later to check once more to be sure.

The emotions always peak for me while I’m alone...sometimes in the car, or at my desk at work...tears welling up in my eyes to the point that they stream down my face. So much that at times that I have to pull over or close my office door to compose myself. The crushing sadness/frustration/anger/pain comes not only because I long to become a father more than anything now, but also because I feel that it is my duty as a husband to provide anything and everything necessary to make my wife the happiest woman on this planet.

Shoes? Oh, if you only knew!

The pressure we put on ourselves

I don't mind working hard for things and I don’t need instant gratification in life. But 19 months and nothing?? I feel like I’m failing as a husband, because no matter how hard I try, I can’t make this happen for her…for us. She would never think that, but I do. It’s pressure that I put on myself and it will be there until she finally does get pregnant and that f%#&!ing stork brings us our little bundle of love and joy.

I assume that the past year and a half of trying has probably just made me hyper aware of pregnancy and babies, but it seems like recently EVERYONE but us is getting pregnant or having children.

Jealous much? Usually, no… not at all. But now? With this...YEAH. I hate it, but admit it…I want what they have. Our own little person, that we made, to love, teach and take care of and show the world to.