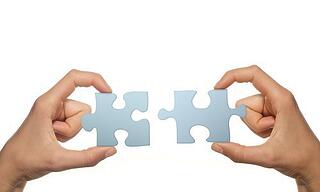 I’m a skeptic. I freely admit it. If by being a skeptic means I want proof that something’s valid, that’s me, absolutely.

I also have faith, which I define as a belief in something that can’t be proven.

So which is it that comes out with Apple and Facebook’s announcements about “paying” for egg freezing? Skeptic or faith? Is it really true that they are now covering egg freezing? Something that medical insurance companies are most assuredly not covering, except in very specific health-related cases (primarily fertility preservation due to cancer).

It turns out that yes, they are covering egg freezing. Kind of. Sort of. It may be more of a repurposing of money and it does come at a cost. It will come out of other fertility and/or surrogacy benefits, which may also be needed. It sounds like this move is more of a shift in how women are able to use benefits that may already be in place. And it’s certainly not that they are “paying“ for egg freezing. Frankly, none of it is really clear.

What is clear to me is that this is unequivocally great news for a few different reasons. It’s a giant step forward in assisting women to have reproductive choice, in terms of delaying motherhood until it’s the right time to start their families. Reproductive choice means having children or not, as you determine the time is right for you. That’s choice. It’s also a step forward in setting precedence.

Being able to freeze eggs, first because the technology is there to support the effort, then because the finances are in place to support the effort, gives women a new aspect of reproductive choice that has never existed before. I can understand why it’s being likened to the freedom that the birth control pill offered. In terms of career and being able to be financially sound before starting a family, there couldn’t be better news.

I’m reading that this is partly because Facebook and Apple are in a “perks” race. And that quite a few of the Silicon Valley companies are also involved in that race for their employees.

Great. Keep it coming. Any way in which employees can be treated more humanely and compassionately, I am in favor of.

Is this a subtle message that becoming a mother and working at these companies are not compatible? I saw that question raised in the NBC News article. I can understand the question. Given the other benefits that are being offered, I’d like to think that this is not the case. That’s where my faith comes in.

Still the skeptic in me is not sitting quietly. This is too complicated to be put to rest quickly and easily.

Here are other complications that need to be considered. Oh, yeah, there are quite a few. One that was brought up via a Twitter conversation had to do with the fact that while ASRM and SART may have lifted the term “experimental” for egg freezing, in no way do either of those reproductive health organizations endorse egg freezing or deferring childbearing via egg freezing. In fact, it’s important to keep in mind that this technology was developed primarily for fertility preservation--for when women had life- and fertility-threatening treatment. It has evolved since then, to the point that there is now “social egg freezing”. That is what this conversation is really all about.

If you are now considering egg freezing, if this perked your ears up a little bit, to hear how mainstream this has become and will likely continue to become, please consider a few very important factors.

About Egg Freezing: Factors to Consider

First, choosing who freezes and stores your eggs is a crucially important decision that you will need to make carefully. Not every fertility program is created equally. Here at Reproductive Medicine Associates of Connecticut (RMACT), we have state of the art freezing capabilities. This coming Monday, Katherine Scott, BA, M.Sc., our IVF Laboratory Manager, will discuss what RMACT has to offer that makes us clinically, medically and scientifically different than other REI programs.

Next, is there some possibility that Facebook and Apple are doing this because it benefits them? Well, I’d be truly surprised to find out that wasn’t true. Take a look at the media coverage and exposure they are getting by announcing this. If nothing else, they’ve benefited from that.

Finally, the piece of the conversation regarding long term research and data is eerily familiar to the arguments raised about IVF from several decades ago. Neither of those were in place then either. We didn't know how the health and well being of either mothers or babies would be. Physicians and scientists felt more than reasonably sure based on the research that had been done and their understanding of the science that this was a safe advancement for women who were unable to conceive any other way. But we didn't know. We know more than that now about egg freezing but long term research about the children's health? We still don't know that. This piece of the puzzle raises questions far exceeding this topic of "social egg freezing". Go back further in women's reproductive health history and one will find similar questions regarding the birth control pill.

The skeptic in me in regards to Apple and Facebook covering egg freezing is alive and well. So is the believer in me. I believe that there are ways that women will benefit from this step and conversation and I realize that there are darker sides to this as well.

Most important, is the conversation.

Thanks to everyone who has been participating in this conversation. Special call-outs to Amy Demma, Terri Davidson, Kimberly Logan, Sharon LaMothe, Miriam Zoll and Darlene Cummings Pinkerton. You all made for a very lively, fast moving and compelling conversation.

Next up, Katherine Scott will explain to us what you need to know if you are interested in freezing your eggs.