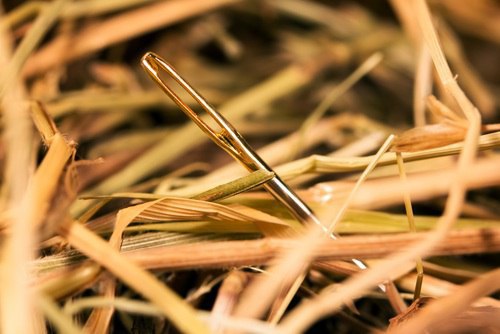 NIAW - The Fertility Needle In the Haystack

Trying to Become Pregnant - Nope, It's Not All About the Medications 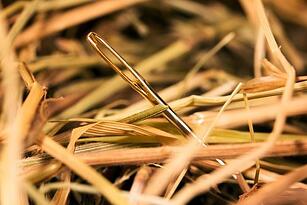 A needle in a haystack. That’s what I felt like I was searching for while I was trying to become pregnant.

Mainly, it felt impossible after a while. Granted, I was in fertility treatment for a long time and, with each successive “failure,” I lost a certain amount of hope that it would ever work. If you looked inside me, you could probably see the faith diminishing, literally leaking out of the pores of my skin.

My possibilities of pregnancy were about 22%. At that time (a very, very long time ago), I was very young, twenty-six, and those were the highest pregnancy success rates around. They roughly equalled those of a “normally fertile couple” trying to conceive on their own.

22% didn’t feel high. Or lucky. Or even possible. They felt like a needle in a haystack.

How do you even go about finding a needle in a haystack? I supposed it had to do with being methodical. Making sure to take one step at a time and to make sure, while doing so that, it was the right step, in the right direction.

Pulling each piece of hay and putting it aside. Pulling the next piece out and laying it down.

Creating a new pile, with known answers. There was no needle; no pregnancy, no possibility in that pile. It was empty.

Next piece of hay. Next test. Next ultrasound. Next piece of information. A rather exhausting process. Done one piece at a time, though, manageable. It was not always easy to look up and see the huge pile in front of me, so I simply didn’t look up. Before I knew it, years had passed.

When you consider all the things that need to occur at the right time, in the right amount, in the right sequence, it’s amazing anyone ever gets pregnant. And so I kept trying.

I kept looking for that needle in the haystack, head down; kept processing what was in front of me. Rarely did I lift my head and see the bigger picture. It was mainly looking at the next step and taking it, slowly and methodically. Sometimes painfully.

Rarely did I notice what I was giving up. By not looking up, I operated with a myopic view. When I did take that furtive glance around, it was scary. Time was passing me by. I was no longer twenty-six. I had gotten older. Everyone had. My job had changed, my family experienced other losses and life was not what it had been when I started.

The needle in the haystack was more and more elusive.

When I looked up though, I realized what I had been unable to see before.

The pile was smaller.

And so I kept hunting.

Until I was done.

Needle or no needle, I was done.

The whole world opened up to me, in all its sweetness and light.

I left that pile of hay, with the needle unfound and turned towards the rest of my life.