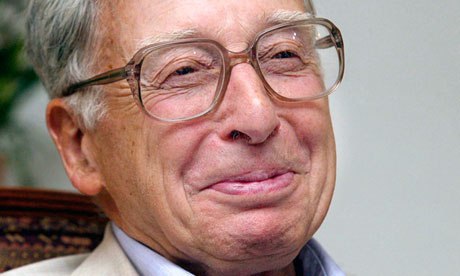 A Tribute to Dr. Robert Edwards

It is with great sadness and a profound feeling of loss that I share the information that Professor Sir Robert Edwards, who was a pioneer in the field of treating infertility and creating families, has died this week. He was responsible, with Dr. Robert Steptoe and others, for creating in vitro fertilization. Read below the blog that I wrote when Dr. Edwards won the Nobel Prize.

It will give you an idea of the magnitude of the impact Dr. Edwards had on the fertility treatment that is available today.  For all intents and purposes, he and Dr. Steptoe were primarily responsible for in vitro fertilization (IVF). If you are the parent of a baby or babies that have been conceived with IVF, consider the vast company that you are keeping, that Dr. Edwards was so intricately involved in creating. According to IVF.net, there are over three million IVF babies worldwide.  Please give your children an extra hug today in tribute to this wonderful pioneer.

Pioneer of In Vitro Fertilization (IVF)

The blog below, written to celebrate the Nobel Prize:

A very exciting news announcement earlier this week shook the reproductive health community in the best possible way. The Nobel Prize, arguably the most famous and prestigious scientific prize awarded each year, has been bestowed on Dr. Robert Edwards.  Dr. Edwards was one of two men responsible for the first In Vitro Fertilization (IVF) baby in the world (Louise Brown). Dr. Edwards worked with Dr. Patrick Steptoe as far back as 1968, creating the first fertilized human embryo in a laboratory setting.

Read what Scientific American had to say:

"Edwards, a professor emeritus at the University of Cambridge, began research on the problem of infertility in the 1950s. The first "test-tube baby," Louise Brown, was born in 1978, an event that the Nobel expert panel called "a paradigm shift." Since then, approximately four million babies have been born worldwide via IVF, many of whom now have children of their own."

Something else to be noted:

"Since it was first awarded in 1901 the Nobel Prize in Physiology or Medicine has rarely been bestowed on an advance that has led to such a singular clinical application (last year's Nobel in physiology or medicine was awarded to Elizabeth Blackburn, Carol Greider and Jack Szostak for their work with telomeres and telomerase), and it has rarely been given for work in reproductive research."

Read Medical Director of Reproductive Medicine Associates of CT (RMACT), Dr. Mark Leondires' comments about Dr. Edwards, along with many others from our team:

The achievement of Dr. Edwards has had a profound effect on the world.  Not only has he helped millions of couples achieve the dream of having a family, but his work has led to over 4 million new lives.   These live represent children who were truly a gift to their parents.  This work has opened up new doors and continues to open eyes across the globe.  I am still in awe at the time of embryo transfer to see dividing embryos under the microscope.  I thank him for his work and courage in the face of adversity.  I hope to proudly continue his legacy and dream to help infertile patients conceive and have families. 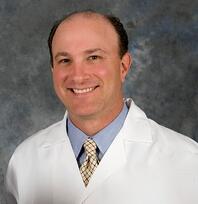 We all recognize and pay tribute to Dr. Robert Edwards pioneering contribution to our field. Through his work so many families and children have been touched. He made such an important contribution to science and society. 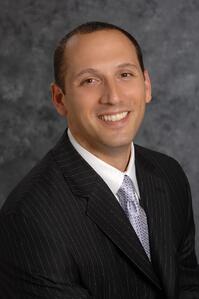 Dr. Robert Edwards’ pioneering effort blazed a path that we, reproductive endocrinologists and fertility patients together, are still following today. Not only was his work, along with Dr. Patrick Steptoe, a monumental achievement in science and medicine, it has helped millions of people achieve their dreams of family-building. IVF has helped usher over three million babies into the loving arms of families. It all started with their work and dreams, 35 years ago. Every one of us here at RMACT is proud, and humbled, to stand on Dr. Edwards’ shoulders and continue the work of helping patients create their families. 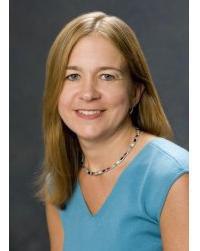 The awarding of the Nobel Prize to Dr. Robert Edwards is a long overdue recognition of his and Dr. Patrick Steptoe’s pioneering work in developing IVF.  It is so important because of the statement it makes about the importance of In Vitro Fertilization (IVF).  There are over 4 million babies, children, and adults out in the world today who would not be here today if it was not for their discovery.  This award also represents the fact that IVF is in the mainstream and is no longer considered to be an experiment, but a legitimate medical treatment that has the potential to benefit many more people.

Even though we recognize the pivotal role he played 35 years ago with the first IVF birth in England, he has influenced the field of reproductive endocrinology for his entire career. Even in the early 60’s, he was working closely with Dr. Georgeanna Jones and her husband Dr. Howard Jones to understand the interactions between sperm and egg that have allowed fertilization to occur outside of the human body. Eventually, the Drs. Jones reported the first successful pregnancy after in vitro fertilization in the United States. And even in the new century, Dr. Edwards was a fixture at professional meetings, challenging even the most modern research into the molecular mechanisms of reproduction, and influencing a new generation of scientists as he influenced the other pioneers of our field. He was truly an extraordinary scientist, dedicated to the advancement of knowledge and learning.

It goes without saying that Noble Prize winning, Dr Bob Edwards was a brilliant scientist.  He was also much more than that.  Long after his 1978 success with the birth of Louise Brown (the first IVF baby), he continued to be passionate about improving embryo culture.  At scientific conferences in years past, he would engage and mentor more junior embryologists, such as myself, in thought provoking discussions.  He challenged and inspired those of us in the field to be our best, all toward his ultimate belief that all families deserve to parent a healthy baby.  Dr Edwards will be sadly missed but there is no question that his IVF legacy has changed & will continue to change our world for the better.

I have had the pleasure of meeting Dr. Robert Edwards many times over the past two decades. He is always charming and acts as though he has all the time in the world for whatever conversation he is immersed in. Dr. Edwards always supports patient organizations by giving interviews, participating in events and discussing the importance of the work that they do. Although first and foremost a scientist, his obvious concern for the patient, for those needing the techniques that he was at the forefront of creating, is always apparent. He very much understands the human side of what his work has allowed.

To have IVF called a paradigm shift by the Nobel expert panel is an acknowledgement of reproductive health that has not occurred in any way before.  It is huge. Really no other way to say it, it’s simply huge.  And it validates all of you using this technology. This is not a lifestyle choice, this is not frivolous, this is important, life changing medicine. A paradigm.

Without a doubt, Professor Edwards will be sorely missed. For his academic and scientific brilliance, as well as his compassion and sense of humor. Our sincere condolances to his family, friends and colleagues.