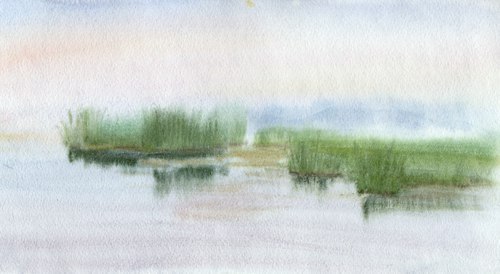 There are gifts to be had, even while dealing with infertility. One is learning patience.

One is finding out the strength behind your own commitment to creating your family.

Another could be finding the depth of your love for your partner or spouse.

In Fertile Yoga last week, the gifts were much more specific and concrete.

Once Pregnant, a Former Student Gives Back to the Community

One of our former Fertile Yoga student and RMACT patient, who was successful in becoming pregnant, wanted to give something back to the community. Wanted to offer a gift of hope, encouragement, love and compassion.

She came to me, wanting to know my ideas on a gift that she could give. We went back and forth with ideas, nothing being quite right. Lots of lovely ideas, but not quite what she was looking for; nothing that touched her heart or expressed what she wanted to say to those still struggling.

She and I didn't talk a lot about this. So I don't really know, beyond the superficial, why she wanted to give a gift to the current Fertile Yoga students. I know what she said. I elaborated what she said, in my own mind; to her offering support to those still struggling with infertility. For holding space, having been successful, for those who have not been yet.

The gift she discovered to share, was perfect. Absolutely perfect. I presented them to the class in Norwalk and they were immediately opened and placed on their wrists. They were touched. I was touched. Deep down in our hearts.

A Big Thanks to Our Former Fertile Yoga Student!

Thank you to our former Fertile Yoga student, who took a look behind her and remembered those women still in fertility treatment. Who remembered what it was like to feel fear, jealousy and not know if the outcome would be a baby and the family of our dreams.

The gifts were lovely but not nearly as lovely as simply being remembered. Being thought of; being cared for. That was the true gift.

"I alone cannot change the world, but I can cast a stone across the waters to create many ripples." — Mother Teresa