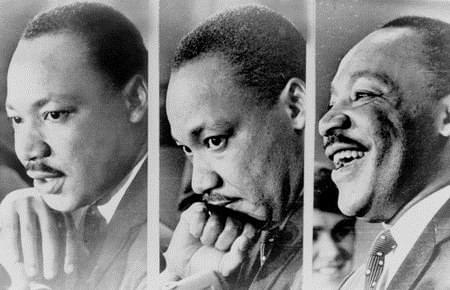 I have a slender book that has been in my possession for over 12 years.

I got it because I like to read what a person has to say. Not what someone else says about what they say. What they say, themselves.

It feels almost miraculous when I sit here, reading the book, to read some of these words. MLK asks the question, "why did the civil rights movement leap forward in 1963?" He answered the question in a way that startled me, as I sit here in 2013.

The Presidential Inauguration and MLK Day

And even more startling as we all prepare for President Barack Obama to be sworn in as President of the United States of America. Today, of all days, on the day we celebrate MLK.

It was because it marked the 100 year anniversary of the emancipation proclamation. It was the centenial anniversary. Haunting, as this year, we are fifty years past when MLK wrote this book.

What, I wonder, would he think about the progress for the Negro people? We no longer use that terminology, of course, but that is the word that he uses in 1963, in this astounding book. What other changes would he see, that he would appreciate or be saddened by?

I'd like to think that he'd appreciate our country voting in Barack Obama, not once, but twice, even with so many problems facing our country, many of which have been blamed on the President.

It seems like the best way to understand a person, is to hear what they have to say. Without an intermediary. So, without further ado, I'll share some of what Dr. Martin Luther King said, in his own words.

"In 1963, the Negro, who had realized for many years that he was not truly free, awoke from a stupor of inaction with the cold dash of realization that 1963 meant one hundred years after Lincoln gave his autograph to the cause of freedom.

The milestone of the centennial of emancipation gave the Negro a reason to act--a reason so simple and obvious that he almost had to step back to see it.

Simple logic made it painfully clear that if this centennial were to be meaningful, it must be observed not as a celebration, but rather as a commemoration of the one moment in the country's history when a bold, brave start had been made, and a rededication to the obvious fact that urgent business was at hand- the resumption of that noble journey toward the goals reflected in the preamble to the Constitution, the Constitution itself, the Bill of Rights and the Thirteenth, Fourteenth and Fifteenth Amendments.

Yet not all of these forces conjoined could have brought about the massive and largely bloodless Revolution of 1963 if there had not ben at hand a philosophy and a method worthy of its goals. Nonvioloent direct action did not originate in America but it found its natural home in this land where refusal to cooperate with injustice was an ancient and honorable tradition and where Christian forgiveness was written into the minds and hearts of good men. Tested in Montgomery during the winter of 1955-56, and toughened throughout the South in the eight ensuing years, non-violent resistance had become, by 1963, the logical force in the greatest mass-action crusade for freedom that has ever occurred in American history.

Nonviolence is a powerful and just weapon. It is a weapon unique in history, which cuts without wounding and ennobles the man who wields it. It is a sword that heals. Both a practical and a moral answer to the Negro's cry for justice, nonviolent direct action proved that it could win victories without losing wars, and so became the triumphant tactic of the Negro Revolution of 1963."

Thirteen Amendment-Abolishes slavery and involuntary servitude, except as punishment for a crime.

Fourteenth Amendment-Defines citizenship, contains the Privileges or Immunities Clause, the Due Process Clause, the Equal Protection Clause, and deals with post-Civil War issues.

Fifteenth Amendment- Prohibits the denial of suffrage based on race, color, or previous condition of servitude.

Powerful words, written by a powerful man. What do they mean to us today, with our battles? We are looking at violence, the right to bear arms, the right to personal freedoms and safety.

Dr. Martin Luther King Jr.'s words stand strong. 50 years later, they mean something, to the situation and problems we are creating in our country.

Powerful words from a powerful man.

And so we celebrate his birth and his life.