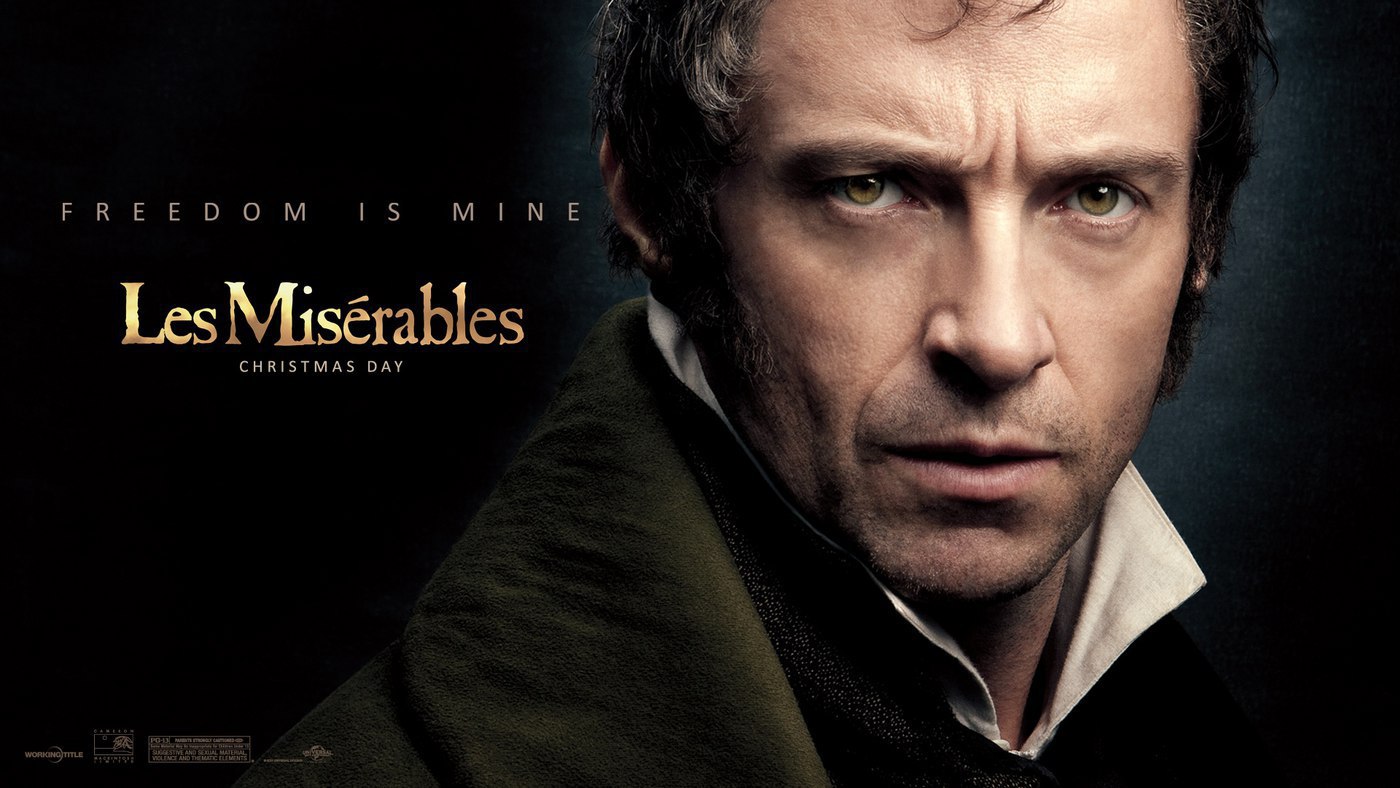 I took my own advice yesterday.

It was Christmas so I went to a movie. It was packed, which was not surprising as Les Mis was opening.

The full title, of course, is Les Miserables, but most of us know it as Les Mis.

By the way, it is a no brainer to go see a production of Les Mis with Hugh Jackman, Russell Crowe, Anne Hathaway, Eddie Redmayne and more. At least for me. And by the fact that the theatre was full, by many others as well.

I am not much of a groupie. Celebrities don't really light me up all that much. I've been known to call my best friends from parties or galas where there were "stars" floating around because, simply? I don't care all that much.

There are a few, though, that are exceptions.

Hugh Jackman is one.

For all the obvious reasons. He's gorgeous, with a fabulous accent. And he's a good, even frequently, a great actor. He can do funny really well too. And he's even got a lovely singing voice. There have been very few times that I've been disappointed by him in the theatres. Including live on Broadway.

He also spends a lot of time in my neck of the woods. He is seen fairly regularly in the town that I spend most of my time in and is known as a gracious, friendly man. And a great father. He picks his children up and does a lot of very regular things with them, casually with no big fanfare. Just a regular, albeit, fabulous looking dad.

Talking about IVF, Miscarriage and Movies

I was surprised by the interview with Katie Couric on December 18, 2012, where he shared the multiple IVF (in vitro fertilization) procedures and subsequent miscarriages that he and his wife experienced.

Why surprised? Not because of the infertility factor. We know how often people experience infertility problems. One in six or eight couples, depending on the statitistics you use. Infertility occurs incredibly frequently. Surprising, isn't it? Given how alone some of us feel going through fertility treatment.

Why do we feel alone? Because very often, we don't talk about it. Not with our friends, not with our families. Not in a nationally broadcast interview.

So why was I surprised about Hugh Jackman's challenges with infertility?

Because he chose to share it. The interview was really about the opening of this movie, no? I'm thinking that it was, given that the movie was coming out a week later and he played a big part in making this movie happen beyond starring in it.

He shone the light on infertility in an interview where he could easily have focused on the movie or other aspects of his family and life.