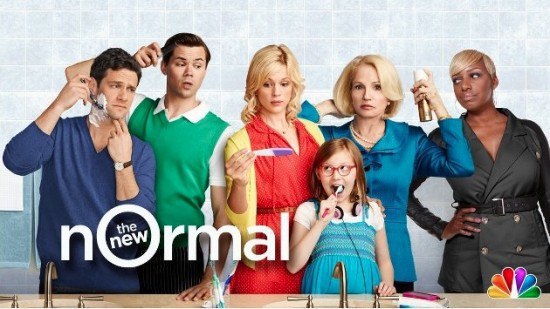 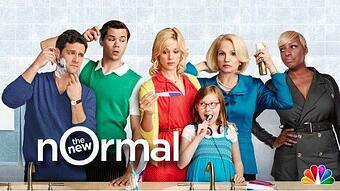 A Review of The New Normal

Out of all the new 2012 Fall TV shows, the one that shows a lot of promise is “The New Normal,” airing on Tuesdays at 9:30 PM EST on NBC. The New Normal was created by Ryan Murphy (best known as the creator of Glee and American Horror Story) and Ali Adler.

The premise of the show is relevant to our culture today with all the technological advances in reproductive medicine, by way of creating “unconventional” families, hence the name of the show . . . The New Normal. David (played by Justin Bartha, “The Hangover”) and Bryan (played by Andrew Rannells, Broadway, “The Book of Mormon”) are a gay couple living in Los Angeles. They are both very successful; David is a gynecologist and Bryan is a television producer. One day Bryan gets the idea that they could be happier if they were able to have a baby.

Finding a Surrogate Finds Its Way to Primetime

They go through the process of finding a surrogate in Goldie (played by Georgia King, “One Day”), who has just moved to L.A. with her nine-year-old daughter, Shania (played by Bebe Wood), after her husband was caught cheating on her. The four get along perfectly but where is the fun in that? Jane (played by the hilarious Ellen Barkin, “The Big Easy”) is Goldie’s conservative and outspoken grandmother who follows Goldie to L.A. to bring her back home and away from the gay couple. Goldie sticks to her guns to be the surrogate for Bryan and David, forcing both families to live with each other’s quirks.

After watching the first episode of The New Normal, I found this show to be at the top of my DVR list. The casting of the show is perfect and I love the banter between all of the characters. My stand-out characters are Jane and Bryan who consistently bump heads on many issues outside of him being gay. NeNe Leakes (Roz Washington on “Glee”) plays Bryan’s personal assistant, Rocky, who is another person that Jane constantly insults, but Rocky is anything but shy and tends to dish it right back. Shania has grown on me in the past few episodes and she is definitely a talented actress who I can only compare to the brilliant young actors from Modern Family.

Overall, this is a refreshing show among the new comedy line-up this year in television. Ryan Murphy has been known to highlight the differences among people and celebrate them, and The New Normal is no exception. If anyone is looking for a unique comedy to tune into or wants to try something new, I highly recommend this show!

Katlyn joined the RMACT in August 2012 as the Andrology and Endocrinology Supervisor. She has two Bachelors of Science degrees from the University of New Haven in Forensic Science and General Biology. She is so pleased to be a part of the amazing RMACT team!